Edith Wharton, The House of Mirth 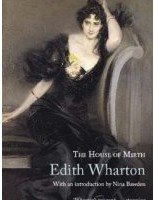 "Selden paused in surprise. In the afternoon rush of the Grand Central Station, his eyes had been refreshed by the sight of Miss Lily Bart."

With these words Edith Wharton begins Lily and Selden’s tale of woe. Since 1905, the year of publication of The House of Mirth this tale has been the true depiction of the plight of the 19th century American women─women financially dependent and socially victimized

How things have changed in one hundred years! Betty Friedan's Feminine Mystique started it all with her clarion call to identify "the problem that had no name." The problem still has no name, but the solution does: Feminism!

Today no longer do we find Lily Barts, but strong professional women such as Helen McCain, CEO. Or, Laura Standish─socialite of rich pedigree─but ambitious investment banker with an MBA and a law degree. Or, take Dr. Ann Norris, with a Ph.D in microbiology. These women who populate Marciano Guerrero’s novel The Poison Pill, are women who command respect; women who fight for what they want, be that wealth, recognition, or ownership.

All this in fictionl. In reality, a woman--Hillary Clinton--could become the next president of the United States.

While Edith Wharton chronicled Lily Bart’s frailty and dependency, Guerrero portrays tough professional and sure-footed women who are players in the rough and cut-throat business sector.

This is the “Republic of the spirit” that Lawrence Selden--the weak hero--spoke to Lily Bart about; something unreal then, but a reality today. A republic in which the spirit of the entrepreneurial women would flourish and compete with men. Although the august halls of Congress still sound with the tread of men, in due time that will change, too. And in the Executive side: a woman for president!

Any post-modern woman owes it to herself to read at least three books: House of Mirth, Feminine Mystique, and The Poison Pill.

Posted by marciano guerrero at 2:39 PM