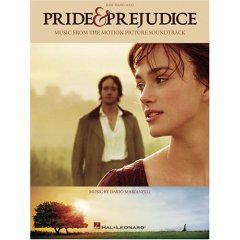 "It is a truth universally acknowledged, that a single man in possession of a good fortune, must be in want of a wife."

With that incredible sentence Jane Austen draws the reader into her story. Is she serious we ask? 'A truth universally acknowledged' is the language of mathematics, of science, of logic; it is like saying: "we are dealing with self-evident truths--axioms."

How does this statement apply to society? to families? to manners?

Although I have read many articles and reviews on Pride and Prejudice, its perennial enchantment has eluded me until now. What makes this novel a favorite of so many readers after so many years?

The title to begin with, is provocative. Both terms pride and prejudice are applicable to Elizabeth Bennet and Darcy. But prejudice is directed more towards Darcy than Elizabeth. I would have like Jane Austen to use the word 'Prejudgement' as opposed to prejudice because the former word is laden with situational biases such as when Darcy prejudges Elizabeth: "She is tolerable; but not hadsome enough to tempt me."

Ah, the title is also alliterative; and it would have also worked with prejudgement.

Not wanting to walk along the trodden path I want to propose a few personal impressions. First, it is a syntactically flawless--British English at its best-- narrative which is never boring; perhaps due to Austen’s adroit handling of the Indirect Free Speech. Second, the characters are diverse: some attractive (Elizabeth Bennet and Mr. Darcy, Jane and Bingley) and others picturesque (Charlotte Lucas and Mr. Collins, Mrs. Bennet, and Lady Catherine de Bourgh). Third, that it is a moral work in which not only good manners and judicious decisions are privileged, but also virtue.

When Plato cast poets and artists out of his utopian Republic, little did he realize that one can learn virtue from literature as well as from philosophy. And that is a 'truth universally acknowledged.'

Posted by marciano guerrero at 10:12 AM