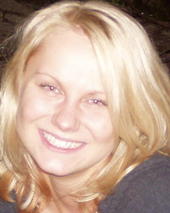 Kafka behaved like a dictator in the family and on many occasions directed his anger against his son. Kafka had three sisters all of whom perished in Nazi camps. His growth was filled with family and social tensions as he directly experienced the rejection of Jews by the Nazi Germans. Reacting to this he writes, "What have I in common with Jews? I have hardly anything in common with myself and should stand very quietly in a corner, content that I can breathe."

Kafka was a lawyer by profession; his early writings reflected his profession in the legalistic language he used. His relationships can be clearly seen in his short stories. His most famous short story The Metamorphosis begins with a chilling and totally unexpected sentence:


As Gregor Samsa awoke one morning from uneasy dreams he found himself transformed in his bed into a gigantic insect .

In this story he sees the world with a complex eye. His love for his sisters and his mother and his bitter relationship with his father is clearly reflected. In the story after his transformation it is only his mother and sister who love Samsa. They hope that one day they may see him again as he had been: a kind, loving, normal son. His father, however, hates him and one day while pushing him back to his room he throws apples at him, one of the apples gets stuck in the body of the bug and it slowly starts decaying and eventually leading to the death of the bug—whom we know is Gregor Samsa himself.


It's a great book. What I liked best was that the story started right off the first sentence and I couldn't stop reading the book. I love a book that grips you and it is fantastic, if not bizarre.

Many think of “The Metamorphosis" as the surreal tale of an unfortunate young man, Gregor Samsa, who's turned into an insect. On the stage, the physical expressiveness of Chris Riter in the role gives Samsa an unusually figurative quality: his skittering around the stage suggest that Samsa may be someone who's severely mentally ill─who believes he's an insect─or who's suffering from a debilitating physical disease.

Of course such transformation wouldn't happen to any of us, but it was still interesting to see how people reacted to Samsa when he did change into a bug. I didn't expect the story to end as it did. I felt sorry for Gregor and I am sure that many readers feel that way, having become by now a universal story with sound moral lessons.

Posted by marciano guerrero at 12:32 PM