Updike and Hemingway, Use of Infinitives 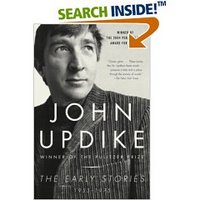 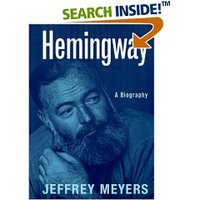 Of all the nuances of the English language, what fascinates me the most are:

Let's talk about Infinitives first; we'll talk of the latter some other time.

Why wordsmiths such as Wilkie Collins, Updike, and Hemingway write lyrical prose without appealing to adjectives? Such a troublesome question!

The answer is that they employ adjectives, but in a disguised manner.

Angelina Jolie’s are the lips to kiss.

'To kiss' is an infinitive (verbal) being used as an adjective since 'to kiss' modifies the noun lips. There are other twenty uses of the infinitive—but enough for today. In a soon to appear blog I will post my thoughts of how acrobats of the English language such as Hemingway and Updike, accelerate their prose by means of the masterful use of Absolutes.

Posted by marciano guerrero at 6:34 PM