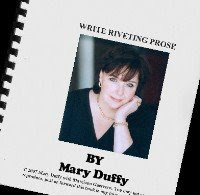 GLOSSARY
[Below, the terms defined, and examples are in bold; cross references to other defined terms are in italics].

Adjective is a word that modifies a noun or pronoun. An article (the, a, an) is a type of adjective:
The loud music awoke me.
Dracula’s castle was dark, damp, and desolate.

Adverb is a word that explains or modifies a verb, an adjective, or another adverb—and often specifies how, where, when, in what manner, etc:
Camila worked hard.
Leticia sleeps there.
Dad snores loudly.
He was very, very drunk.
Her assistant was frequently late, and therein lied the problem.

Bound modifier is a group of words introduced by a relative pronoun such as that, which, or who. It is usually set off by commas.
The steak, that looked too charred to eat, was sent back.


Case refers to the use of nouns and pronouns in a sentence. Case can affect the form of certain pronouns used. The cases, along with pronoun forms used, are:

A. Subjective case (also called Nominative case) refers to the subject:
Mr. Micawber was put in debtor’s prison.
Pronouns to be used in the subjective case: I, you, he, she, it, we, they, who.

B. Possessive Case is used to indicate possession or ownership:
Diego Rivera said, “It’s my painting.” Nelson Rockefeller: “On my wall.”

Possessive pronouns to be use for this case: my face, your face, his face, her face, its face, our face, their face]

C. Objective case refers to the person or thing to whom the action is done.
Sad and doe-eyed, she looked at me. Stunned, I only waved at her.
Pronouns to be used in the objective case: me, you, him, her, it, us, them, whom

Clause is a group of words that includes a subject (noun or pronoun) and a predicate (verb), but does not contain a full thought. (A compound sentence can include two or more clauses). A clause can be categorized as: (1) a main or independent clause (2) a dependent or subordinate clause.

Conjunction is a word used to connect words, phrases, clauses, or sentences. Examples: and, or, therefore, however, but, because, as, while, either.

Coordinating conjunctions: for, and, nor, but, or, yet, so, for (FAN BOYS)

Correlative conjunctions: both/and; either/or; neither/nor
Correlative Conjunctions are paired connective such as neither/nor, whether/or.
Neither borrower nor lender be.

Intransitive verb is a verb that ends a sentence.
Jesus wept.

Linking verb is a verb that expresses a state of being rather than an action.
My dog Pepino felt depressed.
She looks like a million bucks.
We remained dumbfounded.
His novel became boring.
The accounts receivable turned into bad debts.

Objective Correlative is the term that T. S. Eliot coined to explain how novelists stir up emotion in readers by animating things to mirror human feelings.

Participle is a verbal used as an adjective.
The frozen lake.
The teeming jungle.

Parts of speech constitute a traditional grammatical classification of words according to their contextual functions in a sentence—and include the noun, pronoun, verb, adjective, adverb, preposition, conjunction, and interjection.

Past Participle is the form of a verb that ends in —t, or —ed when the verb is regular. Irregular verbs take their own forms: to freeze takes frozen, to give takes given, etc.

Phrase is a group of words that has neither subject nor verb. Refer to Appendix A, which contains a full treatment of all the phrase categories and illustrated with copious examples.

Predicate as opposed to the subject, is the verb and other elements related to it (including direct and indirect objects, adverbial modifiers, and predicate nominatives).

Prepositions are words that show position, direction, or relationships between words, things, or people. There are about seventy prepositions. Examples: With, without, in, out, over, under.

Present Participle is the form of a verb that ends in —ing.
Pronoun is a word used in place of a noun, called an antecedent, with which it agrees in gender male/common, female, or neuter) and number (singular or plural).

Purple prose involves a writer’s excessive use of flowery language or sentiment.

Rhetoric is the language art that aims at persuasion by using figures of thought and figures of speech in writing or in speeches. Many of the greatest thinkers —from Plato, Aristotle, Cicero, St. Augustine, Francis Bacon, John Locke, David Hume, Nietzsche, Kenneth Burke, to Stephen Toulmin— were themselves great rhetoricians.

Romance is a work of fiction in which the author isn’t held to the rigor and standards of a novel. While novel readers expect verisimilitude to allow for the suspension of disbelief, romance readers will easily accept a semblance of believability.

Sentence is a group of words that has a subject and a verb; expresses a full thought; and ends in a period (indicative mood), question mark (interrogatory mood), or exclamation point (exclamatory mood). A compound sentence is constructed with two independent clauses: Mim read the novel, but she only remembered one or two characters. A complex sentence is constructed with one subordinate clause and one independent clause: Because she cheated, she was admitted.

Subject as opposed to the predicate, is a grammatical unit consisting of a noun or pronoun which represents the entity performing the action.
Dick and I went to the game Sunday.
Justice is blind.
The self and the ego are Freudian inventions.
Daffodils bloom in the spring.
Barbaro captured America’s heart.
NOTE: Subjects are often invisible as when writers use phrases and clauses that function as subjects, or in the imperative form:
To own riches is the poor man’s dream.
Don’t do that!

Subordinate clause (also referred to as a dependent clause) is a clause in a complex sentence that cannot stand alone grammatically as a complete sentence; is introduced by a relative pronoun (who, whose, whom, that, which—in which case it may be called a relative clause) or by a subordinating conjunction; and is used as a noun, adjective, or adverb.
After he ate his chow, Pucci took his regular two-hour nap.

Harry Truman was the last President who did not obtain a college degree.

Although he lacked a college degree, Truman was very well read.

Suspension of Disbelief takes place when the reader decides not to doubt or question the facts that the writer is presenting, as when Kafka wrote, “As Gregor Samsa awoke one morning from uneasy dreams he found himself transformed in his bed into a gigantic insect.”

Syntax is the study of word order and disorder in phrases, clauses, and sentences. Skillful writers manipulate the pattern of structured word order to stir emotion, suspense, and involvement in readers.

Verb is a word that constitutes the main part of a predicate, and that expresses action, state, or relationships. Verbs often change their spelling or format to reflect tense (present, past, future, etc.), voice (active or passive), form (regular, emphatic, progressive), and to agree with the subject in number (as in I go, she goes).

This the glossary included in Mary Duffy's Toolbox for Writers e-book.

Posted by marciano guerrero at 7:40 PM