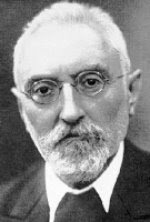 "Was man made for science, or was science made for man?" To Unamuno science was secondary to man's destiny, which is to live well.

Whenever life fills me with doubt, I turn to The Tragic Sense of Life and my faith is quickly restored. Faith and reason. The man of flesh and bone. Immortality. These are the themes Unamuno discusses with the ardent --fanatical I'd say--hunger for God.

Heavy thinkers such as Aristotle, Kant, Hegel, Spinoza, and Descartes, Unamuno dismisses with stern righteousness. Little value does he place in knowledge--gnosis, rationality--attacking Descartes' arrogance as well as Spinoza's atheism. Wither knowledge? he asks: "The end of man is to create science, to catalogue the Universe, so that it may be handed back to God in order...." he answers himself by quoting a thought from one of his novels. Yet, no praise is too lavish for passion and suffering--emblems of existentialism.

Dostoesvsky's irrational, irreverent, disdainful Underground Man says, "After all suffering is the sole cause of consciousness." Unamuno, like Dostoesvky and other Christian existentialists see the transitoriness of this real world--exalting passion and suffering over reason, truth, and beauty--as prelude to the ideal world of eternity where one returns to God.

Lesser thinkers such as Lucretius, John Stuart Mill, Freud, Marx, Sartre, and other atheists never felt the meaning of the word 'suffering.' Freud came close to understanding it when he said that religion comes about because of the human desire to escape death (The Future of an Illusion). That is partially correct. The ultimate truth is that men are the only beings that go through life knowing that death is a certainty--hence the lifetime uffering.

Those who are wise accept that certainty and find consolation in death as a return to God. Those who are knowledgeable seek more knowledge instead of acceptance and live to die alone; and what can be sadder than the utter desolation of a godless man?

Among the men of flesh and bone--the suffering ones--there have been typical examples of those who possess this tragic sense of life. I recall now Marcus Aurelius, St. Augustine, Pascal, Rousseau . . . Kierkegaard─men burdened with wisdom rather than with knowledge.

There are some fine translations of this book, but I prefer J. E. Crawford Flitch’s who has taken the trouble to add his own Endnotes. Believers as well as unbelievers could well profit from Unamuno’s book.

After such shoddy fiction as the DaVinci Code, and fake TV Documentaries (The Tomb of Jesus), I find solace, wisdom, respect for God, and much joy as I read pages upon pages of this beloved book--The Tragic Sense of Life. Read it and enjoy it.

DuMaurier D, Rebecca
Ellis B. E. American Psycho
Fitzgerald S, Great Gatsby
Flaubert G, Madame Bovary
Fleming I,Doctor No
Freud S, Leonardo Da Vinci
Friedan B, Feminine Mystique
GarciaMarquez, Of Love & OtherDemons
GarciaMarquez,OneHundredYrs
Guerrero M,ThePoison Pill
If you are interested in seeing how I achieved personal success in the United States, you may find my book of short stories East of Tiffany's interesting. Some of the stories are based on my life as an executive, investment banker, and financial adviser to wealthy investors in the East Side of Manhattan.

Close to half-million people have read East of Tiffany's so far. Order your copy from either Amazon.com or Barnes and Noble.

Posted by marciano guerrero at 11:56 PM