Alfred Adler - Founder of the School of Individual Psychology 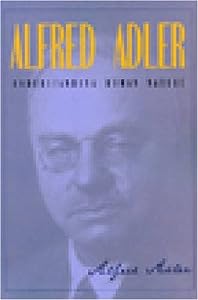 Alfred Adler (1870 - 1937) was an Austrian medical doctor, psychologist and founder of the school of individual psychology. Adler was a member of Freud's inner circle, and also the first major figure to break away from Freudian psychoanalysis.

Not only did Adler advance some deep and interpretive psychological concepts, but he also developed a language that is still in use today. I for one have often used these terms —even without knowing of Alfred Adler— to describe inner states such as complex (Napoleon complex), inferiority feelings, inferiority complex, compensation, overcompensation, and style of life.

In his book The Neurotic Character (1912), he held that the individual converts feelings of inferiority to superiority. Before we can grasp what he meant by compensation, let’s explore first his concept of ‘inferiority.’ Adler —as opposed to Sigmund Fred— believed that striving for superiority is the most basic human drive (not sexuality). Everyone is always striving to be better than others. It is not that we are jealous of others, nor that we are envious or much less covetous—it is that we are wired to feel superior.

This feeling of ‘striving for perfection,’ is what moves humans to achieve their potential. A latter day follower, Abraham Maslow, perfected this concept under the label “Self Actualization.”

Yet, when we feel short in our efforts, we tend ‘to compensate’ that feeling of inadequacy with neurotic and often aberrant behavior. For some people those inabilities and inadequacies become threats to their well being, causing them to lie, belittle, demean, or even slander others. This then is a manifestation of an ‘inferiority complex.’ A famous quote attributed to Adler is: “A lie would have no sense unless the truth was felt dangerous.”

Whether habitual liars are usually perceived by most of us as delusional, to them it is perfectly acceptable to behave thus—“The neurotic is nailed to the cross of his fiction.”

While we tend to think that Adler’s theories of personality are too abstract to have any value for therapy, we can see some usefulness in our daily activities. Take for instance the place of work. No work environment is free of individuals who are hard to get along with, difficult, or unmanageable. Those whom we perceive as hostile or obnoxious are really just like anyone else who is striving to assert his superiority. So, by putting ourselves in their shoes, we can understand their behavior better and perhaps get along with them better.

Given the national American problem that is obesity, we can understand this problem better in terms of the inferiority/superiority concept. Frustrated and overcome by feelings of low self-esteem, many individuals overeat to sabotage themselves in the achievement of their goals.

Let’s recall that the roots of Adlerian psychology can be traced back to Nietzsche’s “Will to Power.” That genealogy caused Adler to view caution as the chief danger in life; as the cause of mediocrity. The healthy individual not only overcomes caution, but is daring, and lives dangerously.

Overcompensation is another concept that Adler developed in order to explain unconscious desires. For example, to achieve the image of being “perfectly thin,” people will themselves to thinness even to the extreme of falling physically ill; and when confronted with the problem, they could reply with the Adlerism: “My difficulties belong to me!”

Rather than talking about ‘personality’ as the Freudians did, he preferred to talk about ‘style of life’ which today is known as lifestyle. According to Adler, a lifestyle doesn’t develop in a vacuum, but it is the result of our interaction within our social environment.

When he was 56 years old (1926), Adler came to the United States and traveled throughout the States lecturing and teaching at major universities. He was always well received. Adler’s Understanding Human Nature a book written for the general public is still in print.

Success is for All of Us!

How I Manage my Time


Employee of the Moth Everyday

Close to half-million people have read East of Tiffany's so far. Order your copy from either Amazon.com or Barnes and Noble. See the link on the right sidebar.


Posted by marciano guerrero at 12:43 PM