Philosopher Nietzsche and the Milk of Human Kindness 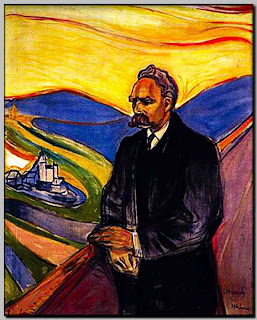 What is one to do with a mad philosopher? Should we take him seriously or should we discard his ideas as the ranting of a rabid madman? Some of Nietzsche’s ideas are worthy of study and have much currency, but many others are feeble and laughable. In this article, however, I will comment on the man’s attitude toward women.

Given that Nietzsche believed in the ideology of the “will to power,” everything else that wasn’t powerful he cast aside as a sign of weakness. And into the pile of weakness he threw women. In Zarathustra we read:


And finally, woman! One-half of mankind is weak, chronic- ally sick, changeable, shifty - woman requires . . . a religion of the weak which glorifies weakness, love and modesty as divine: or better still, she makes the strong weak - she succeeds in overcoming the strong. Woman has always conspired with decadent types - the priests, for instance - against the "mighty," against the "strong," against men. Women avail themselves of children for the cult of piety . . .

What was he thinking of when he wrote this part: “Woman has always conspired…,” a deliberate conspiracy? I think not. This phrasing can only be the ranting of a delusional paranoid person, throwing generalizations into his writing simply because they seem to fit his grandiose ideology of the superior man.

In Thus Spake Zarathustra, he says: “Thou goest to women? Do not forget thy whip!"

How horrible this admonition is! Bertrand Russell
in his The History of Western Philosophy mocks Nietzsche's weakly constitution, “Forget not thy whip” —but nine women out of ten would get the whip away from him and he knew it, so he kept away from women, and soothed his wounded vanity with unkind remarks.”

Of mothers he has a lot to say. But I cannot help asking myself whether he actually hated his mother. He said: “Mothers find in their children satisfaction for their desire to dominate, a possession, an occupation … “

Yet, in the end when he was in the throes of death and totally insane, in March 1890, his mother took him back home, where she cared for the invalid for the next seven years.

Ah, Nietzsche! Ah, inhumanity! But the milk of human kindness never dries.
The writing techniques I use in this article are all explained in Mary Duffy's writing manual:

Posted by marciano guerrero at 8:49 AM