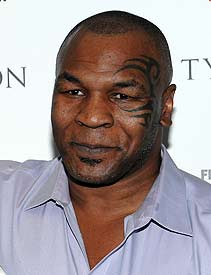 Throughout more than 10,000 years of recorded history we find that humans have the innate desire to adorn themselves and their surroundings. A house isn’t just a house but a home that expresses the inhabitant’s personality. A temple isn’t just a structure for worship but a construction for those who attempt to reach God; just think of the Gothic cathedrals—point up towards the heavens. A car isn’t just a means of transportation but a symbol of power or lack of it. And so it goes.
What about tattoos? Being more personal than structures and surroundings, we must look within to understand their popularity in contemporary society.

Tattoos in America:
Let’s keep in mind that not all societies adopt tattoos as means of personal and communal expressions. In many cultures –especially illiterate societies—tattoos carry the visual symbols, icons, and signals of collective consciousness and memories they wish to preserve.

In the USA, given their popularity today, we can see that tattoos are a continuation of the earlier generations’ symbols of rebellion, of being different, of presenting a contrarian attitude, of the nonconformist. In place of long hair we now have long nails, body piercing, and tattoos. Yet no one can discern a cause for that rebellion other than the deep desire to be individualistic.
Is it a fad? Given that the fad is lasting longer than a decade, we can say perhaps it is more than a fad; may be a much longer wave. Young people imitate stars, celebrities, and other famous achievers. In soccer we see a veteran player like David Beckham sport very visible tattoos on his neck; following Beckham’s example, the young striker Natasha Kai isn’t shy about displaying her countless tattoos. In boxing, tattoos are almost mandatory –perhaps as weapons of intimidation—since most boxers wear them. The fiercer the tattoo the fiercer the appearance of the boxer: just take a close look at Mike Tyson’s face.

Tattoos are bridges between the body and the soul:
For many individuals, tattoos are connectors between material reality and the spiritual realm, much like prayers. While prayers are somewhat restricted for the most for worshipping, or for matters of extreme dangerous situations, tattoos being fixed and constant are reminders of our aloneness in this world. A glance at them can ameliorate that feeling of dread.
Sometimes it is difficult, if not impossible, to externalize a personal inner quest. A graphic depiction can do that for us as a way of telling others “this is what I am about—what of it?” For some individuals their tattoos express defiance and often hostility.
For many, tattoos concretize their faith in some abstraction. Take for example patriotism, freedom, or love. These human emotions and feelings cannot be properly articulated, but they can be expressed easily with a tattoo of the American flag, the Liberty Bell, or bleeding hearts.

Tats and Aesthetics: from the ridiculous to the sublime
One can make the argument that a tattoo doesn’t have to justify anything—but beauty. Many of the Celtic, butterfly, dragons, flowery, and even weaponry tattoos are so designed and executed that evoke a feeling of awe and admiration.
If a tattoo is well balanced, it is whole, and it has a splendor of its own, then we can say that it is beautiful. Must one have to justify beauty? Of course not, but keep in mind that quality must prevail; if enough quality tattoos are shown, then we are justified in calling this part of aesthetics: “body art.”

Tattoos that have been worked and finessed over a long period of time often achieve a sense not only of awe but of something sublime. Without knowing why, how, or what in particular moves us when we look at a fine work that glows with a mystic aura, we feel as if we were in the presence of a divinity. This feeling can be achieved by one simple icon; an abundance of extended coverage of skin sometimes repeals rather than attract.

A person must be careful with his choice, for one can easily move from the sublime to the ridiculous, from the angelic to the demonic, or from respect to offensive.
Generational Reactions:

While the public in general are tolerant and laissez-faire about tattoos, the generations in power (as in the power to hire, promote, and fire) are less inclined to accept the practice.
Tattoos are still be viewed as a vehicle of strangeness in an applicant; a visible sign that the individual may not be a team player, someone difficult to manage. This may not be true, but it is the way of corporate cultures. In fact, I’ve heard a human resources executive denigrate tattoos as “jail art.”
Sense and Sensitivity:

Common sense tells us to be sensitive to other people’s feelings, history, and culture. Likewise, tattoos should not be worn as to offend others. Political symbols and religious symbols are still taboo in America. Cosmic and zodiac expressions have become universal symbols and are looked on with sympathy.
Conclusion:

Like in any other human endeavors, taste, likes, and dislikes, tattoos have caught the imagination of the younger generations and are here to stay. While some are critical of the practice, most people are tolerant. And instead of looking for the negative, we should look for the positive gains that they (tattoos) can yield to the wearer, and also for the beauty that some of them contain.
The writing techniques I use in this article are all explained in Mary Duffy's writing manual--an indispensable guide:

Posted by marciano guerrero at 11:50 AM