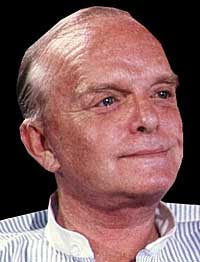 Right from the very beginning I want to make clear that my object of commentary is Truman Capote’s novelette Breakfast at Tiffany’s, and not the movie by the same name.
From the novelistic point of view, a few of Capote’s writing techniques drew my attention during this rereading.

After his death, Capote’s work has gained more acceptance with every passing day. No longer is he underestimated as a writer.

So, what distinguishes him as a writer? First he started the whole new field of fictionalized journalism with his reportage of the horrific crimes that happened in Kansas—In cold Blood. Second, his short fiction Breakfast at Tiffany’s created Holly Golightly—the prototype character of the call-girl about New York City.

Throughout the novelette the narrator shows his frustration in attaching a label to the protagonist, a label that would capture and define her personality, something catchy and easy that readers could quickly digest. After grappling with “a crude exhibitionist,” “a time waster,” “an utter fake,” he finally hits on a simple literary device —that when used in the right place and time sticks— that is often neglected: the oxymoron.

How apropos of Holly Golightly! “A phony. But a real phony.” Who can disagree with that?

In the exchange about writing between the narrator and Holly, one common sense jewel shines: Beware of description. This piece of advice coming from an illiterate character such as Holly Golightly wounds the ego of the aspiring writer-narrator.
“I read the story twice,” says Holly. “Trembling leaves. Description. It doesn’t mean anything.

According to Stephen King, three tools are available —narration, description, and dialogue— to novelists, which they must use with care. Abuse one, and the entire work suffers. This is really Holly’s common sense advice. Description should be used to highlight the sensory details that the writer wants the reader to feel. Gratuitous description neither moves nor delays the story since it has more to do with the readers than with the story.

For example, in the scene where the narrator rubs oil on Holly’s back: “Her [Holly’s] muscles hardened, the touch of her was like stone warmed by the sun.” This is ‘description.’ It doesn’t mean anything: it doesn’t advance the story; it’s just there to awaken the reader’s sensory experience.

Again, another piece of common sense advice that coming from a character who only reads tabloids, shreds the writer’s vanity:
“I haven’t planned that far.”
“That’s how you stories sound. As though you’d written them without knowing the end.”

Ah! How perceptive of Holly. In Daniel DeFoe’s Robinson Crusoe, we learn that Crusoe falls a magnificent tree and carves out a dazzling canoe, only to see that he couldn’t take it to the water. What Holly means is that lack of planning in our daily lives as well as in writing can ruin our lives.

Only master writers --and Truman Capote is one-- dare open their sentences with correlative conjunctions:

Both Holly and I used to go there six, seven times a day, not for a drink, not always, but to make telephone calls: during the war a private telephone was hard to come by.

And when the telling gets a little turgid, to quicken the pace, he injects a paragraph of monosyllabic narration:

The read cat jumped off its crate and rubbed against his leg. He lifted the cat on the toe of his shoe and gave him a toss, …

In addition, not only is the novelette is rich in straight one-single-image similes such as:
It nagged me like a tune.
Miss Golightly, to be sure, floated round in their arms light as a scarf.
He’d look like a monk if it …
His speech had a jerky metallic rhythm, like a teletype.
…and fell full-length, like an axed oak.

But we can also find similes which are elaborate, more carefully crafted:

“As a quartet, they struck an unmusical note, primarily the fault of Ybarra-Jaegar, who seemed as out of place in their company as a violin.”
“Mag Wildwood couldn’t understand it, the abrupt absence of warmth on her return; the conversation she began behaved like green logs, they fumed but would not fire.”
“And since gin to artifice bears the same relation as tears to mascara, her attraction at once dissembled.”

And finally, the big metaphor: The title Breakfast at Tiffany’s is itself a metaphor for mental therapy. Holly Golightly tells us that her anxieties, dread, and panic attacks, can all be cured with a visit to Tiffany’s. After all, “nothing very bad could happen to you there.”
If you ignore the racial slurs, you can have a great time reading this brief fiction work and learn about writing techniques.

Posted by marciano guerrero at 9:43 PM