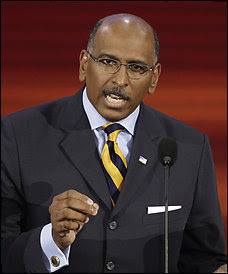 The Chairman of the Republican National Committee said the following about the Democratic congress: "I'm tired of this congress thumbing their nose and flipping the bird at the people of this country."

Philosophers are given to using birds to convey messages. Hegel once said: "only when is dark does the owl of Minerva begin its flight." But just what did Richard Steele mean by 'flipping the bird'? Interesting imagery. Did he mean flipping about a rubber duck, or a turkey? And what does flipping birds have to do with a debate about insuring and providing health care for the uninsured?

While Richard Steele and other republicans look for their lost soul, and go on flipping birds, the Democratic senate has just approved a landmark bill for health reform: H.R. 3590, the Patient Protection and Affordable Care Act. My question is, will republican voters vote for people like Steele to go on peppering TV and other media with picturesque speech --or will they become serious and elect helpful politicians?

America is always at its best with a two-party system. Let's rebuild the Republican party that has been captured by fanatics. The center should expand and push outward the tail-end extremists.

Posted by marciano guerrero at 11:16 PM