Tiger Woods and David Letterman: Where are the Feminists of Yesteryear? 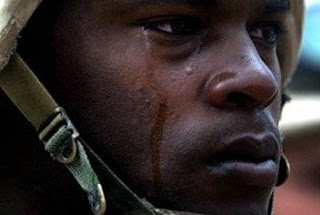 While our American troops lose support and their lives in foreign wars in Iraq and Afghanistan, our "TV heroes" here at home get richer and even more adored.

Since David Letterman's own admission of sexual harassment in the place of work, he's gained more popularity; women worship him. Women are the demographic group that provides the ratings for the Letterman show; they laugh at his corny jokes--even when he mocks Tiger Woods!

Which makes me wonder: where are the feminists of yesteryear? Betty Friedan died, and with her --it appears-- her voice also died. I recall when feminists chased Senator Bob Packwood out of office, following the revelation that 29 office staffers had came out to accuse him of sexual harassment. They followed him everywhere with signs that proclaimed he was unfit for office. The sexual predator was gone!

Feminist activism is dead. Feminist passivism has set in. 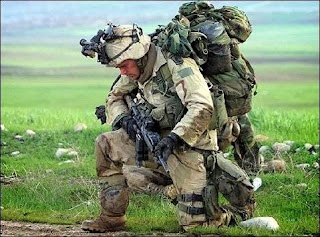 Why are women still flocking to the stores to buy the products Tiger endorses?

I read that Tiger said he likes to play 18 holes--that's why he had many girlfriends. Supreme Court Justice Thomas once defended himself by adducing a supposedly "high tech lynching." Is this what is happening to poor old Tiger Woods? If he is being lynched he surely is being paid 100 million a year for that.

Here's is a well-written twit that goes at the heart of the matter:

I'll try to give it to you in nice, simple language: The interest in Tiger's love life is in large part because of the companies that paid him huge bucks to represent them. They presented a polished, shiny, perfect Tiger. That's the image of Tiger they've been marketing, and that's the image they've been using to sell their products. "Hey, look, America. The Greatest Golfer In History and a Genuinely Nice Guy uses our product! Wouldn't YOU like to use the same [fill in product name] as Tiger Woods? People always get interested when they find out the person who's been presented to them as one thing is most emphatically another.

So Tiger has been presented to the world as something he's not, and a big part of the reason why is so various corporations can use him to sell stuff to people like you and me. So why doesn't John Daly doesn't get those product endorsement dollars? By all accounts Daly is a generous, funny, genuinely decent guy. He's also a cigarette-smoking, hard-drinking womanizer who has never made any secret of his habits. The same companies who wanted a squeaky-clean representative like Tiger would rather suck rocks in a uranium mine than let Daly anywhere NEAR their products. Hell, they'd pay him to use a competitor's stuff!

Bottom line: when a phony image is created to sell you stuff, people get very interested when they find out they've been fooled.

Here's another update and opinion:

Tiger Woods in the news: tabloid revelations and blind eyes

As we wind down from TigerCrashGate -- yes, it's true, we're almost done, at least until he returns to the course -- it's worth taking a look at the way that this story spiraled from one-car hydrant-bump to worldwide scandal, one whose cost will eventually be measured in the hundreds of millions of dollars.

Here's the key question to all of this: did we need to know about Tiger Woods' secret, off-the-course life? Many argue that this is an unforgivable invasion of a family's privacy, that we're interested in Tiger Woods as a golfer, not as a family man. As long as he keeps sinking long putts on Sunday afternoons, who cares what he does later that evening?

But that just-golf-it mindset doesn't account for the fact that Woods is not "just a golfer," he's the public face of an entire corporation. What he does on his own time is not his own business, not when his actions can do financial harm to those who have invested hundreds of millions in his image. That financial impact, not the "more mistresses or more majors?" question, is the real story here.

Still, the reason why this scandal exploded the way it did is because Woods' secret dealings were allowed to continue unabated, whether intentionally or unintentionally. The more Woods got away with his misdeeds, the bolder -- and stupider -- he got. (Leaving your name on a voicemail? Sending texts from your own phone? Really, Tiger?)

Part of this is surely because of the coverage bubble that Woods enjoyed for all of his career, a bubble that was born fully formed in Gary Smith's absurdly over-the-top introduction/sanctification of Woods in a legendary 1996 Sports Illustrated article entitled "The Chosen One." The see-no-evil approach to Tiger then dominated the golf media for more than a decade, partly because everyone was so in awe of Woods, and partly because Woods would cut off any access to any media outlet daring to poke around the edges of the mystique.

Did Tiger Woods have everyone fooled? Did the golf media know about Tiger's affairs and cover them up? Did everyone just happen to look the other way at the proper time? Those are questions that each media member will have to answer for him- or herself, but here's one huge clue: there are several golf media members who have not written a single word about this, the biggest story to hit golf in decades. Why? Well, you'd have to ask them, but it's a fair bet that they're setting themselves up as good guys when Tiger eventually does return. ("See, Tiger? All those other guys piled on, but I didn't! I'm still your pal!") On the flip side, credit longtime golf writers like Steve Elling who actually did call out Woods, knowing full well that they'll find that next one-on-one interview that much tougher -- if not impossible -- to secure.

Many in the golf media got completely outplayed on this story because of their insistence that it was no golf story at all, it was nothing but celebrity garbage, tawdry trash-digging that was beneath them. And again, if it was nothing but the personal affairs of a private family, that would be true. But Tiger's absence from the tour is going to cost people and corporations hundreds of millions of dollars and fundamentally alter the game of golf for the short term -- so, yeah, that very much is a golf story.

Journalists who complain that the tabloids were setting the agenda in this story should have been practicing a little shoe-leather journalism themselves. After the initial revelation on the day before Thanksgiving that Rachel Uchitel was somehow involved with Woods, it was a blogger, Ryan Ballengee of Waggle Room, who trumped the mainstream media and first contacted her. In the absence of comments from Team Tiger, the tabloids filled in the gaps, and despite their "bat boy/UFO abduction" rep, were on the whole more accurate than not. (Tiger's admission of "infidelities" plural is a testament to that.)

There were some notable missteps on the tabloids' part. The RadarOnline.com story about Elin Woods moving out proved to be completely groundless, even though many outlets picked it up and ran with it. (We decided not to here because of the flimsiness of the sources.) More significantly, the Life & Style story about two professional golfers calling out Woods turned out to be an utter falsehood; we had decided to mention it here because there was on-the-record attribution, not "unnamed sources." Surely, we figured, no magazine would be foolish enough to print actual names without verifying. Wrong. Lesson learned -- and that's an aspect of this story that deserves further scrutiny.

This is not to defend the tabloids' approach to celebrity -- they look at stars the way that the rest of us look at a Thanksgiving turkey right out of the oven -- but their dogged method of running down a story does indeed have its merits. (Paying interview subjects is not one of them, nor is publishing articles without bylines.) Still, if other journalists were similarly unconcerned about their future access to their subjects, they'd be able to uncover some secrets on topics more important than celebrities' sex lives.

For now, though, the Tiger story has reached a natural stopping point. We can take some time over the holidays to breathe deep, stop wondering about how many more mistresses will come out of the woodwork, and -- thank you, heaven -- stop hearing lame Tiger jokes.

The old Tiger Woods is gone. The new one -- well, we haven't met him yet. But he won't be on the same celebrity-worship pedestal as the old guy ... and, all in all, that's probably for the best.
The writing techniques I use in this article are all explained in Mary Duffy's writing manual--an indispensable guide:

Posted by marciano guerrero at 1:03 AM