Erasmus of Rotterdam on Clarity and Vagueness 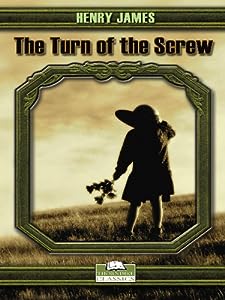 Cover of The Turn of the Screw

For many years readers, scholars, and critics have been not only debating Henry James’ novelette The Turn of the Screw, but also interpreting it. Henry James, a master of nuance, has wrought a tale of terror that would have satisfied Erasmus because we are left “to investigate things, and learn.” In the tale only the young governess can see the ghosts, believing that the previous sinister governess and her lover are controlling the two orphaned children. It is a text that can be read and interpreted in many ways: as ghost story, a crime story, or a detective story. And in the end we are left with the enigma: is this woman mad?

Most of Kafka’s stories are open ended, resulting not only in enigmas, but also in insoluble paradoxes, problems of dehumanization, and other absurd human labyrinths. Is Gregor Samsa, a hero, an anti-hero, a pathetic character, or even a vermin? Who is to blame for his metamorphosis? And who kills him? Is it a sacrifice? “When Gregor Samsa woke up one morning from unsettling dreams, he found himself changed in his bed into a monstrous vermin.” Isn’t possible to infer from the very beginning that the story is just a common nightmare? Likewise, in the Trial: “Someone must have been telling lies about Joseph K., for without having done anything wrong he was arrested one fine morning” Dragged through the corridors of the court and ‘the law,’ and on to his final night, Joseph K —and the readers— never learn what crime he committed.

In the work of Jorge Luis Borges we find stories that besides being cerebral are open to different interpretations. The short story “El Sur” is a hallucinating story in which the hero goes into his death with his eyes open and his boots on. Macho-like. Or did he? One of the possible interpretations is that he conjured all those images of gauchos that populate the South (of Argentina), at his deathbed in the hospital.

Ambrose Bierce, stories with a twist

“An Occurrence at Owl Creek Bridge” is a fantastic story with a stunning twist at the end. Like Jorge Luis Borges, the story in itself has a twist, but what makes it delightful is the language in which it is told. Deliberate. Spectacular. A mix of action and thought. Without wasting words, the author leads the reader through a dreamy path and on to a plausible and realistic conclusion. The Renaissance scholar Erasmus of Rotterdam may be correct: don’t make everything absolutely clear; your readers will respect you more if you leave something for them to ponder.

Posted by marciano guerrero at 12:11 PM