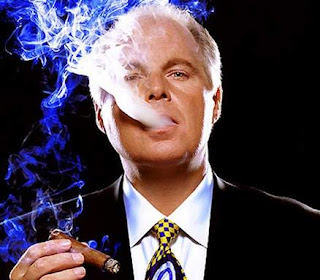 To: Rush Limbaugh
From: Roger Ebert

You should be horse-whipped for the insult you have paid to the highest office of our nation.

Having followed President Obama's suggestion and donated money to the Red Cross for relief in Haiti, I was offended to hear you suggest the President might be a thief capable of stealing money intended for the earthquake victims.

Here is a transcript from your program on Thursday:

Justin of Raleigh, North Carolina: "Why does Obama say if you want to donate some money, you could go to whitehouse.gov to direct you how to do so? If I wanted to donate to the Red Cross, why do I have to go to the White House page to donate?"

Limbaugh: "Exactly. Would you trust the money's gonna go to Haiti?"

Rush: "But would you trust that your name's gonna end up on a mailing list for the Obama people to start asking you for campaign donations for him and other causes?"


That's what was said.

Unlike you and Justin of Raleigh, I went to Obama's web site, and discovered the link there leads directly to the Red Cross. I can think of a reason why anyone might want to go via the White House. That way they can be absolutely sure they're clicking on the Red Cross and not a fake site set up to exploit the tragedy.

But let me be sure I have this right. You and Justin agree that Obama might steal money intended for the Red Cross to help the wretched of Haiti.

This conversation came 48 hours after many of us had seen pitiful sights from Port au Prince. Tens of thousands are believed still alive beneath the rubble. You twisted their suffering into an opportunity to demean the character of the President of the United States.

This cannot have been an accident. A day earlier, in a sound bite from your show, you said "this will play right into Obama's hands. He's humanitarian, compassionate. They'll use this to burnish their, shall we say, 'credibility' with the black community -- in the both light-skinned and dark-skinned black community in this country. It's made-to-order for them."

Setting aside your riff on Harry Reid, consider what you imply. Obama will aid Haiti to please African-Americans. Haiti has lost untold thousands of lives. One third of the population has lost its homes. Countless people are still buried in the rubble. Every American president would act quickly to help our neighbor. You are so cynical and heartless as to explain Obama's action in a way that unpleasantly suggests how your mind works.

You have a sizable listening audience. You apparently know how to please them. Anybody given a $400 million contract must know what he is doing.

That's what offends me. You know exactly what you're doing.

Posted by marciano guerrero at 8:41 AM