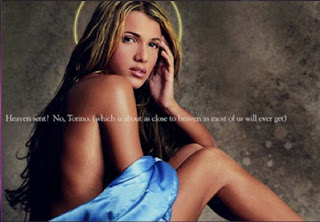 London, Jan 9 (IANS) One of the alleged mistresses of scandal-hit Tiger Woods says she will reveal everything about his penchant for kinky sex in a book.

Loredana Jolie Ferriolo, 26, said that her book would expose how the 34-year-old golfer enjoys threesomes with men and women, reports dailystar.co.uk.

A friend of Ferriolo said: “She is talking to a few publishing companies about a tell-all book.”

One of Tiger's many mistresses, Loredana Jolie Ferriolo, is penning a tell-all book about the golf ace and claims that she witnessed him in gay encounters.

RadarOnline.com has learned exclusively that Loredana has claimed she saw Tiger having sexual relationships with other men. That shocking twist is something no other mistress has claimed and there has been no proof.

But Loredana recently attempted to sell her story for $1 million and graphically described group sex that included incidents of Tiger with other men, RadarOnline.com has learned exclusively.

Loredana says she is planning to spill all about how she and Tiger "came about, his healthy appetite for arranged sex, threesomes, girls next door, girl-girl, and an answer to all the rumors surrounding Woods' sexuality."

That hint about Tiger's sexuality is the key to Loredana's hopes for making a seven-figure deal, no matter how unlikely that seems.

Loredana, a gorgeous blonde from Sicily, has told people she was one of Tiger's favorite mistresses.

One of her representatives told RadarOnline.com: "She is in talks with a number of publishing companies regarding a tell-all book deal."

Loredana has kept a low public profile since being named as a Tiger mistress and lately has been spotted at an upscale Florida country club on the golf course, taking golf lessons.

Posted by marciano guerrero at 1:22 PM