The reports of my death have been greatly exaggerated 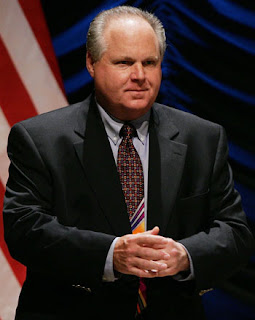 Who can scoop Wikipedia?

No one if your finger is way ahead of the trigger. In fact, they had already shot from the hip. Not only did they announce that Rush Limbaugh was in the hospital but that he had died!

Rush Hudson Limbaugh III (pronounced /ˈlɪmbɔː/;born January 12, 1951, died December 30, 2009) is an American radio host and conservative political commentator. He is the host of The Rush Limbaugh Show, the highest-rated talk-radio program in the United States. It airs throughout the U.S. on Premiere Radio Networks.

The above was posted shortly after midnight.

Limbaugh remains hospitalized Thurday, and the people at Wikipedia have removed the obituary note.

Posted by marciano guerrero at 9:56 AM