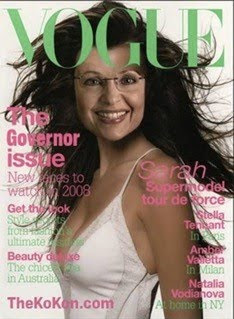 By Sam Stein
Former Alaska governor Sarah Palin is calling on President Barack Obama to fire White House Chief of Staff Rahm Emanuel over Emanuel's penchant for using profanity and a statement he made that was derogatory of the handicapped. Really.

The 2008 vice presidential candidate put up a Facebook post on Monday evening arguing that Emanuel's offending slur (in which he said that liberal groups thinking of running health care-related ads against Democratic lawmakers were "F---ing retarded") was no less the equivalent of using the "N-word."

I would ask the president to show decency in this process by eliminating one member of that inner circle, Mr. Rahm Emanuel, and not allow Rahm's continued indecent tactics to cloud efforts. Yes, Rahm is known for his caustic, crude references about those with whom he disagrees, but his recent tirade against participants in a strategy session was such a strong slap in many American faces that our president is doing himself a disservice by seeming to condone Rahm's recent sick and offensive tactic.


The Obama Administration's Chief of Staff scolded participants, calling them, "F---ing retarded," according to several participants, as reported in the Wall Street Journal.

Just as we'd be appalled if any public figure of Rahm's stature ever used the "N-word" or other such inappropriate language, Rahm's slur on all God's children with cognitive and developmental disabilities - and the people who love them - is unacceptable, and it's heartbreaking.

The Emanuel remark was reported recently by The Wall Street Journal but dates back to the heat of the health care wars in August. And it certainly wasn't the first time the chief of staff (known for an acid tongue) has leveled an odious broadside at one group or another from his perch in the West Wing.

Palin presumably seized on this one because of her own experience with the issue -- her youngest child, of course, suffers from Down syndrome. But it's hard to ignore the fact that making hay out of "controversies" like these is her political trademark, regardless of whether there is a personal tie to the matter.

Posted by marciano guerrero at 9:54 AM