Greatness and Achievement: A Tribute to Steve Jobs

Image via WikipediaLet's run a little test. If you think of the word 'greatness,' who may you be thinking of? Chances are you are thinking of heroes, famous individuals, accomplished professionals--senators, presidents, scientists, Steve Jobs perhaps?

But how did Steve Jobs become famous? How did he become such an incredible achiever?

What is an undeniable fact is that all accomplished individuals start somewhere: with being positive! The good news is that you, also, may start there. And the most wonderful aspect of these goods news is that being positive doesn't cost anything: it's free!

People who believe in themselves will achieve their goals; will achieve nearly anything. The sky is the limit. Whether you have clear goals in mind for your future, or thoughts for a bright future, thinking positively is the beginning of the journey.

Just knowing that is half of the battle.Practicing is the other.

Be positive and believe in yourself, first! Listen to that "inner voice" that Steve Jobs spoke about. The second part of being positive is taking action. While goals and dreams are wonderful, action is what makes those goals come to fruition; action makes them become a reality. Positive energy turns your dreams into reality. All other factors such as determination, motivation, and hard work, are secondary--being positive comes first.

Why is that? Because along the journey we will experience setbacks--that is for sure. The true champions of life will pick themselves up, shake the dust off, and move on. They allow no time for discouragement. Steve Jobs was fired from his own company. Can you imagine a worse setback than that? But he didn't mope around his house lamenting his ill star; blaming others. No Sir! He excelled in other projects until he returned to Apple.

You --my good friend-- were destined for accomplishment. Now 'accomplishment' means getting things done; it doesn't matter in what field of endeavor. And accomplishments come in different sizes and magnitudes. Getting a high school diploma for example. So is getting a college degree or two. But schooling isn't the only way to achieve something--only a stepping stone. Helping a friend, neighbor, or relative could be a tremendous accomplishment.

The journey is full of many accomplished goals, and once a goal is achieved, tackle a new one and a new one in an endless geometric series. If you get a college degree, think of it as part of the journey. Of course you'll get satisfaction, but greater satisfaction is in store in the future.

Success isn't just for a few gifted individuals. It's for all of us! We all are born with the potential and the energy to get things done; the blueprint is in our genes. Don't waste it. Being positive in outlook will help channel energy, creativity, and imagination into the accomplishment of our goals.

After you get some things done, don't stop there. Move on to the next project,and the next, and when you look over your shoulder you'll see behind you a constellation of small and large accomplishments. A character in Garcia Marquez's One Hundred Years of Solitude, as he awoke from a long torpor exclaimed: "We are made of time!"

I go a step beyond and I say: "We are made of projects!" The French philosopher Jean Paul Sartre once said, "Man is a useless passion." I never believe that. A man would be a useless passion if he didn't have a project. In Steve Jobs we have a man of many projects; and that is what enriched his life and ours.


Fame and fortune are ephemeral, wispy, and soon burns off like the morning fog. Though not all your accomplishments will bring fame and fortune, some of them will--and if not, satisfaction will be its own reward.

So, the next time you think of 'greatness,' think of yourself as an achiever! Think of Steve Jobs, think of a great American, think of the man who by his projects became a true citizen of the world.

How I Manage my Time


Employee of the Moth Everyday 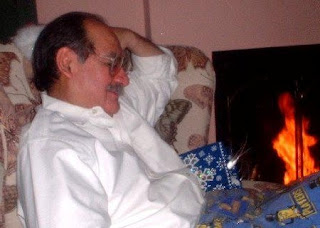 Close to half-million people have read East of Tiffany's so far. Order your copy from either Amazon.com or Barnes and Noble. See the link on the right sidebar.


I get 'A' in all my term papers, and my co-workers tell me I write great e-mails and memos. Not only was I accepted to a great college, but I got full scholarships--all on the strength of my essays! Get Mary Duffy's

Posted by marciano guerrero at 8:01 AM