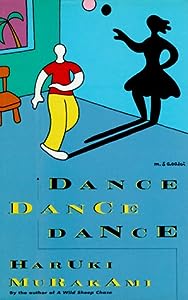 Cover of Dance Dance Dance: A NovelJapanese novelist, short story writer, translator, and nonfiction writer.
INTRODUCTION
One of the most commercially successful and influential writers of contemporary Japanese jun-bungaku (“serious literature”), Murakami is a best-selling novelist and prolific short story writer who has extensively translated works of modern American fiction into Japanese, including the writings of F. Scott Fitzgerald, Raymond Carver, Truman Capote, John Irving, and Ursula K. Le Guin. Many critics recognize Murakami as a spokesperson for the shin-jinrui (“new human beings”)—the affluent postwar generation that typically shuns traditional Japanese values in favor of the appeal of American popular culture. In his fiction Murakami has consciously diverged from the mainstream of jun-bungaku. Murakami writes in a new style of Japanese prose, which juxtaposes and merges distinctly American motifs and diction with such traditional jun-bungaku themes as love, death, and the self. Combining metaphysics with the cinematic devices of film noir, Murakami's fiction frequently alludes to commercial brand names and cultural icons of the United States. Much of his work has been noted for its surreal qualities, blending bizarre plot twists and unique narration styles in a fashion that nevertheless retains an air of plausibility. Those of the shin-jinrui generation have bought millions of Murakami's books, prompting both popular and critical attention from a global audience. Although some critics have characterized Murakami's novels as slickly packaged consumer products, several others have compared Murakami's literary achievement to the works of Ōe Kenzaburō and Kōbō Abé, whose writings from an earlier generation similarly changed the Japanese language.

Posted by marciano guerrero at 8:30 PM