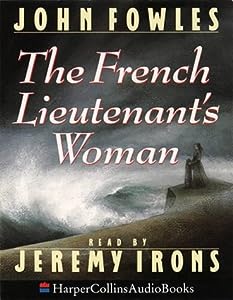 Cover of The French Lieutenant's WomanThis has been a good few weeks for trees, and not just the ones that have finally burst into full flaming color here in New York.
The fall season has seen the release of some notable new books with an arboreal bent, including Patrick Dougherty’s “Stickwork” (a chronicle of his amazing twig constructions), Leanne Shapton’s gorgeous “Native Trees of Canada” (featured last Sunday on the back page of the Book Review) and Allen J. Coombes’s magnificent “Book of Leaves: A Leaf-by-Leaf Guide to Six Hundred of the World’s Great Trees.”
Coombes’s five-pound compendium — insert your dead-tree joke here — gets my vote for the book I’d be most likely to take on a hike in the woods, provided I had a pack animal. But for a casual walk in the forest, or an overnight bivouac in the depths of a favorite armchair, I’d recommend John Fowles’s beautiful essay “The Tree.”
Just released in a 30th-anniversary edition, “The Tree” is a hard-to-summarize meditation on art, nature, individualism and mortality — sort of a cross between Thoreau’s “Walden” and John Berger’s “Ways of Seeing,” with a dash of “The Gift,” Lewis Hyde’s cult-classic manifesto on creativity, thrown in for good measure.

Fowles, best known for the novels “The French Lieutenant’s Woman” and “The Magus,” begins with his difficult relationship with his father (a vigorous pruner of fruit trees), moves on through ancient myths of the “green man” and a paean to the philosophy-tinged science of the 18th century, and somehow ends up at a comparison between the art of rambling and the art of novel-writing. I would give a more thorough summary, if I hadn’t just read Fowles’s swipes at professional literary critics, whose pseudo-objective approach to art is likened to an effort to “defoliate the wicked green man, hunt him out of his trees.”
So much so-called nature writing seems designed to prompt hushed piety — and instead ends up putting the reader, or at least this one, to sleep. But “The Tree” seems just as likely to start loud and interesting arguments.
I found myself wondering what E.O. Wilson, the great naturalist and epic poet of the ant, would make of Fowles’s contention that modern science has killed the mystery of nature, or that technological evolution has reduced man to a “thinking termite.” (You got a problem with termites?) And what would Edward Abbey, the cranky poet laureate of the American desert, growl in response to Fowles’s tree-centric notion of wilderness, or the claim that dense forests are the landscape that lead us most directly to our deepest selves?
But it’s hard to argue with the eerie beauty of Fowles’s final pages, where he hikes into Wistman’s Wood, a remnant of primeval oak forest dating from the Ice Age, tucked into a crack in the treeless wastes of Dartmoor, in southern England.
Fowles’s descriptions of this fairy-landscape are lush unto ravishing (and larded, I must say, with more than a trace of scientific understanding of the place). But as much as Fowles is inspired by Wistman’s Wood, he is also defeated and silenced by it. As he puts it,


It is the silence, the waitingness of the place, that is so haunting; a quality all woods will have on occasion, but which is overwhelming here — a drama, but of a time span humanity cannot conceive. A pastness, a presentness, a skill with tenses the writer in me knows he will never know; partly out of his own inadequacies, partly because there are tenses human language has yet to invent.

Posted by marciano guerrero at 4:18 PM