How to Become a Writer: Marciano Guerrero (Part 1 of 20) 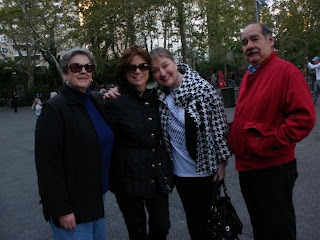 Most autobiographical articles begin with the trite “I was born” phrase and move linearly to recount a series of small details that could only be of interest to the biographer or his closest relatives. Not wishing to follow tradition, the series of autobiographical articles I want to publish in my blog, will begin with the present and work its way back to the day I was born.

So, do not for a moment expect linearity —either forward or backward— but fragmented time as I free-write what I think is important for my readers.

Writing will be my focus. That is, how I am becoming a writer; although after more than 500 articles, 3 fiction books, and textbooks, I could say—how I became a writer. Along the way, my readers will find the salient points of my education as they are relevant to writing.

My first guiding rule to become a writer has always been: write every day. Notice that I say “my” first guiding rule. Others will have different rules or no rules at all and yet they still become writers nevertheless.

"Writing to Live": When you think about it, these carefully chosen words capture what I think is a yearning that is like oxygen to the human body; without writing —a person like me and other kindred spirits— will suffocate. Some of us need to express ourselves to justify our existences; some of us must write to live, to go on living.

Once I read an essay by the Mexican writer Carlos Fuentes in which he equated living with writing and not writing with death. These are his exact words: “You start by writing to live. You end by writing so as to die.” Fuentes’ aphorism became a truism to me—Writing to live.

Whether you believe in determinism or not, I think some of our childhood remembrances determine what we are one day to become. In my case, my parents' library has been the most resonant and vivid image that has accompanied me throughout my long years. Not only can I recall the location of the shelves, the leather furniture, the classification of the books, the tobacco smell, the dusty grainy volumes, the piles of strewn magazines, and the oak rustic table where the huge dictionary stood next to a celestial sphere, but also the lighting: the location of the lamps, and the location of the windows.

My father, a landowner, gentleman of leisure, and a political animal, would often talk to me about books, about the different genres, and in particular about writing. With what relish I recall his earnest lectures about writing. “Be clear,” he would always admonish me. “This sentence is too long,” he would say at time; at other times: “Too choppy.”

Not knowing what constituted either a long or a brief sentence, and how to measure it, I would continue to make the same mistakes. Anticipating my quizzical look, one day, he asked me to copy a sentence from one of Henry James’ novel (in translation), and one from the Bible. While I have forgotten the Henry James sentence, I still recall the Biblical sentence: “Jesus wept.” By making his point with those two adroit examples, the light of understanding dawned on my young mind and have watched the length of my sentences from then on.

Later, when I was an undergraduate at Columbia University, I would air-mail to him copies of my essays, which he would promptly correct and make suggestions. Having studied in England and Germany, he knew English and German very well. One doesn't become a writer overnight--it is a lifetime endeavor.

To become a writer I write essays every day. Since English is my second language, in writing essays I consult Mary Duffy's Toolbox for Writers.

Posted by marciano guerrero at 10:12 AM