How to Become a Writer: Ed McBain or Evan Hunter's Detective Fiction 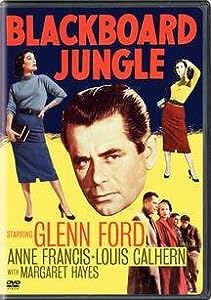 Ed McBain was born and bred in New York City.

During World War II he served in the US Navy, and then attended City College. After teaching high school for a while, he went to work for a literary agency in New York.

Whatever little spare time he had, he dedicated to writing. In the beginning he was your night and weekend novelist.

His published the novel The Blackboard Jungle (1954) under his pseudonym Evan Hunter; the novel drew on his experience as a teacher in the NYC system. What helped to solidify McBain’s reputation as a writer was the resounding success of the Hollywood film that bored the same name as the novel, and iin which Glenn Ford and Sidney Poitier starred.

After more than 85 novels, many screenplays, he developed a following that devoured his novels as soon as they were placed on the bookstores shelves. All in all, he sold more than 90 million copies.

Absolute Phrases from The Gutter and the Grave:
In my estimation, what accounts for McBain’s success is his mastery of ‘Absolutes phrases.’  For a full discussion of this feature of the English language (Absolutes phrases), see Mary Duffy’s Toolbox for Writers. Here is a sampling from his novel The Gutter and the Grave:
I guess Johnny Bridges saw the initials at the same time I did because he let out a short sharp scream and then whirled onto me, his eyes with terror (p. 27).
And so now, coming back into the living room, she sat with her back stiff and the big bosom thrust forward high and proud, her knees and feet close together, her chin lifted, the fine bones of her face glistening wetly (p.46).
Her throat swept sharply to her rising breasts, caught in a cheap white sweater; a narrow waist pulled in abruptly, bound constrictingly with a black leather belt; the hips flaring below that, childbirth hips covered with a black skirt taut cover firms thighs and good legs (p. 48).
“You wouldn’t know a voice from hears,” Laraine said angrily, her eyes blazing (p. 129)
“It’s not so little,” she said, the black eyebrows raising archly over the brown eyes (p. 150).
No one should be deceived by the simple and apparently inelegant prose that McBain employs in his detective fiction. What I see is a writer who is thoroughly familiar with the tools of grammar, syntax, and rhetoric.

To become a writer I write essays every day. Since English is my second language, in writing essays I consult Mary Duffy's Sentence Openers. To write fiction I consult Toolbox for Writers.

Posted by marciano guerrero at 10:13 AM