How to Become a Writer: Herman Hesse's Steppenwolf 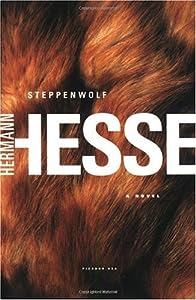 Cover of Steppenwolf: A Novel

Hermann Hesse (1877-1962) was a German-born Swiss poet, novelist, and painter. Born to a household of Swabian Pietism, he grew up with conflicting issues about his identity. His autobiography contains anecdotal evidence about his troublesome, rebellious, and picturesque childhood.
His grandfather —a doctor of philosophy and fluent in multiple languages— encouraged him to read widely across the disciplines, but in particular works of literature. In contrast, his father had less influence on him, as Hesse says of him: “he always seemed like a very polite, very foreign, lonely, little-understood guest."
Although he was a weak child —weak eyes, nerve disorders, and migraines— not only did he overcome his deficiencies, but augmented his determination not to be inhibited in his freedom to move around. In fact he became a traveller. Having lived in several countries, Herman Hesse considered himself a citizen of the world: he lived at different times in Estonia, Switzerland (where he went to high school and attended Evangelical Theological Seminary), Germany, Italy, Sri Lanka, and Indonesia.
Before he became successful as a writer, he earned a living as a mechanic and book seller (in Basel). In that book shop he met many intellectuals who fostered his spirit of inquiry, study, and expression. In 1946, he received the Nobel Prize in literature.

An essential element of a writer’s formation is undoubtedly passion for reading. As a bookseller, Herman Hesse developed an early passion for books and reading. Despite the long hours he spent in the shop, he would keep the company of books rather than friends. He read voraciously the works of Goethe, Lessing and Schiller, and classical texts on Greek mythology. Later, he studied the German Romantics’ works such as the poems of Novalis and Holderlin.
Another element that enriches a writer’s production is the experience of other cultures. When Hesse’s first novel Peter Camenzind was published in 1904, it became a success, he became financially independent, and he started travelling to different countries.

What is interesting about Steppenwolf is the protagonist Harry Haller, who is really the embodiment of two personalities: the rational and the irrational; two forces vying —intellect and instinct, spirit and desire— for supremacy.
Of all the conflictive forces, what is becomes clear to Haller is his discovery that "every ego, so far from being a unity is in the highest degree a manifold world, a constellated heaven, a chaos of forms ... " As such, he lives to experience the world within and the world without: sexuality, music ( jazz), dance, and all types of social interaction.
In effect one can say that Steppenwolf is an experiment in self-discovery and an attempt to understand the surroundings (society, in particular) in which the individual functions.

As Hesse says in his autobiography: “My most characteristic books in my view are the poems (collected edition, Zürich, 1942), the stories Knulp (1915), Demian (1919), Siddhartha (1922), Der Steppenwolf (1927) [Steppenwolf], Narziss und Goldmund. (1930), Die Morgenlandfahrt (1932) [The Journey to the East], and Das Glasperlenspiel (1943) [Magister Ludi]. The volume Gedenkblätter (1937, enlarged ed. 1962) [Reminiscences] contains a good many autobiographical things. My essays on political topics have recently been published in Zürich under the title Krieg und Frieden (1946) [War and Peace].”
To become a writer I write essays every day. Since English is my second language, in writing essays I consult Mary Duffy's Sentence Openers. When I write fiction --or fiction writing of novels and short stories-- I consult Toolbox for Writers.

Posted by marciano guerrero at 12:55 PM