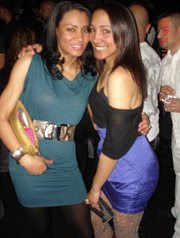 East of Tiffany’s is filled with tales of love, life and death, and compassion. The stuff life is made of. Set in one of the more affluent neighborhoods of New York City we get a glimpse into the world of the people residing there. We soon realize that no matter what lot you may have in life we all suffer through the same struggles, celebrate the same joys, and are even moved to tears by similar hardships- even if you are a dog!

As we see in Pucci’s story “Panic Attacks”, a pensive shih tzu afflicted with anxiety. Each character has his own narrative conveyed in such a way that will leave you with a lasting impression.

In “When You Wish Upon a Star”, Mary Patricia tells us the story of Amy, a young up and coming celebrity with humble beginnings compared to other mega celebrities. Amy finds herself at a crossroads in which one side would lead to Hollywood, glitz and glamour, and realized dreams while the other side would keep her bound in the endless cycle of small roles on TV. Obvious choice, no? Only problem is Amy doesn’t have the means to get to the screen test in L.A. Being as kind hearted as she is, Mary Patricia with the help of her husband Marc loan Amy the money. Amy goes on to become a successful star leaving Mary and Marc elated at her achievement albeit a little disappointed that they never heard from her again. Mary and Marc are in for a surprise and later on so are we as the readers. This is a must read as I would not like to spoil the ending.

In the end East of Tiffany’s is literature flowing with messages of our humanity. We also take away valuables such as the importance of grammar, being well versed, and life in the business world, all tools that help us in everyday life.

Posted by marciano guerrero at 11:40 AM