Things That Would Be Preferable To Dinner With Donald And Mitt, According To Twitter

Posted by marciano guerrero at 4:18 PM No comments:

What could Romney's handlers be thinking when they hyped his connection with Donald Trump -- fundraising with Trump, offering supporters the possibility of a meal with Trump, relishing Trump's attention and endorsement?

Trump signifies everything Romney presumably doesn't want people to associate with himself -- conspicuous wealth, arrogance, hubris, and a distinct preference for money over all other human values.

Trump, like Romney, represents almost everything that's wrong with the American economy today -- an unprecedented amount of wealth and power at the very top, widespread insecurity and declining real wages for everyone else, and a form of casino capitalism that places huge bets with other peoples' money and depends on everyone else to bail it out when the bets turn sour.

But wait a minute. Perhaps Romney's handlers are smarter than they seem. Maybe Mitt has decided to let it all hang out. Rather than try to hide what's obvious to everyone, the new strategy is to make Romney's liabilities into assets by flaunting them. Be even bigger and bolder. Money rules!

In fact, they're mulling an even bigger and bolder move. They recall how Bill Clinton's choice of Al Gore as running mate in 1992 -- someone very much like Clinton -- accentuated Clinton's youthful energy, the new generation he represented, and the new start Clinton wanted to give America.

So they figure Mitt's choice of Trump as running mate will allow Mitt to celebrate his boundless capacity to make money, the "I've got mine and the hell with you" financiers and CEOs he represents, and the social Darwinism that he and the regressive right are convinced will be good for America.

The new bumper-sticker: ROMNEY-TRUMP IN 2012. YOU'RE FIRED!

ROBERT B. REICH, Chancellor's Professor of Public Policy at the University of California at Berkeley, was Secretary of Labor in the Clinton administration. Time Magazine named him one of the ten most effective cabinet secretaries of the last century. He has written thirteen books, including the best sellers "Aftershock" and "The Work of Nations." His latest is an e-book, "Beyond Outrage." He is also a founding editor of the American Prospect magazine and chairman of Common Cause.
Posted by marciano guerrero at 5:34 AM No comments:

Social Identities According to AdAge, it looks like the story about GM pulling their $10 million in Facebook advertising wasn't exactly the truth and it wasn't because GM found Facebook advertising ineffective but because Facebook refused to let them create full page ads. I can't imagine what they had in mind but good on Facebook for holding their ground. Big Spenders Push Ad Line, But Facebook Holds Ground adage.com Advertising on Facebook has always been subtle. But GM wanted to do something bigger. To GM, Facebook's audience was interesting; its ad formats were not.
Posted by marciano guerrero at 7:52 PM No comments: 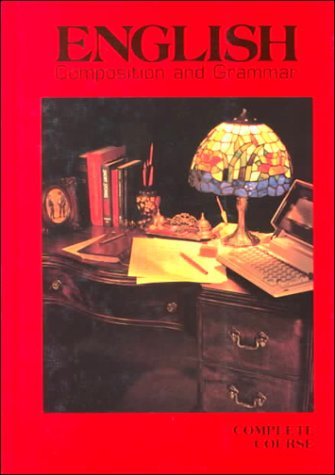 
Product Details: Hardcover: 847 pages
Lucas Hart : After I passed my GED I bought English Composition and Grammar : Complete Course - I'm studying on my own. Some writing courses I've bought are hard unless you know the basics of the English language. So, I find it easy to follow and I am learning at my own pace. One day I will be a writer like. Of that I am sure. REVIEW: I have the 1965 (!) version of this book! I used it in GRADE SCHOOL. I used it as a reference in HIGH SCHOOL. I used it as a reference in COLLEGE. I used it as a reference in GRADUATE SCHOOL. My daughters used it (as a reference) in GRADE SCHOOL, HIGH SCHOOL, COLLEGE and now GRADUATE SCHOOL. My son is now using it! During homework, there was always a call for "Dad, can I borrow that red English book?" There isn't anything else like it, not today. It explains, illustrates and gives practical examples of English like no other textbook. it's built as a REFERENCE TEXTBOOK, something few books do today. Textbooks used to be like this once. I was on Amazon and wondered by chance if it were still available, I'd like to get an updated copy. I was stunned to not only find one, but find that every single reviewer felt that same way about this book! You absolutely MUST have this as part of your personal reference along with you home medical books and such! When your child asks, "So, dad, mom- is it "lay" or "lie?" - you'll go running for this book, I guarantee!

Posted by marciano guerrero at 11:09 AM No comments:

Posted by marciano guerrero at 1:43 PM No comments:

Get Rich with Adam Smith's Division of Labor 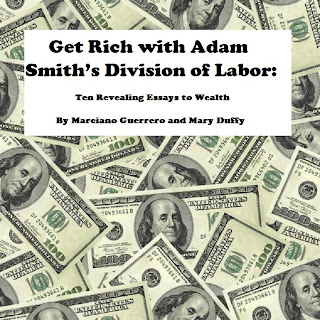 Posted by marciano guerrero at 4:58 PM No comments:

Will Eliminating breakup pain successfully help you improve your relationships?
==> Try it for Yourself Here! <==

Eliminating breakup pain Is it worth your hard earned cash?


The Eliminating breakup pain can surely help you improve your relationships so that you can finally find the person of your dreams. A lot of people out there get into a relationship without knowing what they are getting into, whereas other women don’t know how to have a long lasting relationship. After getting this product you’ll know the crucial basics and have foundamental knowledge about everything that makes relationships work.

The foundation for any relationship is fairness, communication and trust and the Eliminating breakup pain describes how to generate all of this and much more.


The majority of relationships will have ups and downs and arguments and this Eliminating breakup pain does a fabulous job of explaining how to overcome these problems.

Something we all know that it’s important to have is a healthy relationships. Learning about relationships will assist you in making additional friends, possibly moving up in your career and living a content life.  Other Eliminating breakup pain make crazy statements that won’t work and will not aid you. Do not get scammed, purchase the affordable Eliminating breakup pain and you will be on the right track to building relationships that will last a lifetime.

If you have constantly dreamed of being the center of attention then you should get|must get|should purchase} the Eliminating breakup pain. Stop dreaming and try something new and you won’t regret it.

What is So Awesome About Eliminating breakup pain:

Can help you earn profits:

If you have a job where you have to deal with people all the time then you should definitely look into getting the Eliminating breakup pain.  Find out how to influence people so that you can get more money or start earning more commission.

Not only is the Eliminating breakup pain affordable but it’s absolutely risk free since you can get your money back if you aren’t for some reason satisfied with it. It doesn’t matter what your reason is, we will give you with a refund, as soon as possible – no questions will be asked.

Find the person of your dreams today, and learn how to maintain a healthy relationship with them. You could be out there dating and enjoying life today! Order your Eliminating breakup pain right now.


Posted by marciano guerrero at 9:35 AM No comments: