LUDWIG WITTGENSTEIN: Whereof one cannot speak, thereof one must be silent.


LUDWIG WITTGENSTEIN: Whereof one cannot speak, thereof one must be silent. 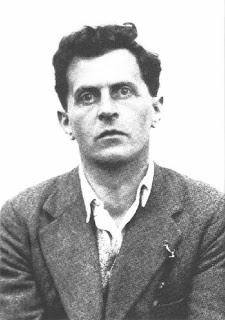 Here’s a series of sentence crafted by Wittgenstein in a rigid, quasi-mathematical manner, but which contain lots of food for thought. For example, 6-4312 The solution of the riddle of life in space and times lies outside space and time. Does he imply there’s another dimension?

6-4312 The solution of the riddle of life in space and time lies outside space and time.
6.432 How the world is, is completely indifferent for what is higher. God does not reveal himself in the world.
6.4321 The facts all belong only to the task and not to its performance. Not how the world is, is the mystical, but that it is. The contemplation of the world sub specie aeterni is its contemplation as a limited whole. The feeling of the world as a limited whole is the mystical feeling. For an answer which cannot be expressed the question too cannot be expressed.
The riddle does not exist.
If a question can be put at all, then it can also be answered.
6.51 Scepticism is not irrefutable, but palpably senseless, if it would doubt where a question cannot be asked.
For doubt can only exist where there is a question; a question only where there is an answer, and this only where something can be said.
6.52 We feel that even if all possible scientific questions can be answered, the problems of life have still not been touched at all. Of course there is then no question left, and just this is the answer.
6,521 The solution of the problem oflife is seen in the vanishing of this problem.
6.522 There is indeed the inexpressible. This shows itself; it is the mystical. .
6.53 The right method of philosophy would be this: to say nothing except what can be said, i.e. something that has nothing to do with philosophy: and then always, when someone else wished to say something metaphysical, to demonstrate to him that he had given no meaning to certain signs in his propositions. This method would be unsatisfying to the other-he would not have the feeling that we were teaching philosophy-but it would be the only strictly correct method.
6.54 My propositions are elucidatory in this way: he who understands me finally recognises them as senseless when he has climbed out through them, on them, over' them. (He must, so to speak, throwaway the ladder, after he has climbed up on it.)
He must surmount these propositions; then he sees the world rightly.
Whereof one cannot speak, thereof one must be silent.
.

Posted by marciano guerrero at 9:46 AM