Review of Phillip Lopate's To Show and to Tell 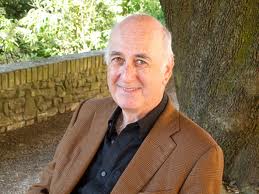 Phillip Lopate is an American film critic, essayist, fiction writer, poet, and teacher.
Born: 1943, Brooklyn
Education: Columbia University, Union Institute & University
What a delight is to read American prose as it should be written: fresh, crisp, elegant--yet caustic and irreverent. I am referring to Phillip Lopate's essays in To Show and to Tell.

Mr. Lopate's essays are simple and entertaining, on the surface, but serious in their depth of observation and criticism. To single out one observation: Mr. Lopate has made a connection that for many years I've been trying to make myself. That is, that from Hemingway to Carver and on to Twitter we have achieved the inflection point of minimalism. Indeed, the insanity of communicating with 140 words or less.

Thank God that minimalism is not only broiled but overdone. Let writers expand and use the American English language in total freedom. Why constrain writers to a minimum number of words?

Read Mr. Lopate's essays and confirm that his written language is today the glory of expression of American English.
Posted by marciano guerrero at 12:10 PM