Virginia Woolf's To the Lighthouse 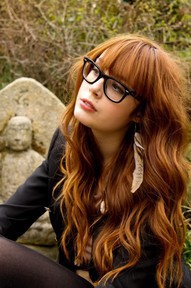 To the Lighthouse is Virginia Woolf’s novel considered the epitome of high modernism, that by abandoning the traditional psycho-narration (he said, she said—as told by the narrator), transforms the genre with the new technique of stream of consciousness.
In one sentence: the text focuses on the Ramsays and their friends and their visits to the Isle of Skye in Scotland between 1910 and 1920.
The novel contains three sections (or movements): in the first we see the Ramsays and their friends spending and an afternoon and evening in the Isle of Skye. The second section is an interlude of ten years which memorializes not only the great beauty that was Mrs. Ramsay, but also the house and its surroundings. The third section shows how the family and friends have changed as they make a final visit ten years later, and how they feel when they finally reach the Lighthouse.
Lord Francis Bacon said in one of his Essays: “There is no excellent beauty that hath not some strangeness in the proportion.” In this light, Mrs. Ramsay is an excellent beauty because she displays an elusive strangeness that some see (Mr. Carmichael and Lily Briscoe) and that others don’t.
Mr. Ramsay, though a fine looking man owns a certain ugliness of soul exacerbated by a frustrated desire to be admired, and a depraved indifference for others. His thoughts and actions make him the villain of the novel. Hated, vilified, and feared to the bitter end, he never changes.
For language addicts the novel is a veritable display of incandescent prose; for artists, scenes of surreal nature whose colors cannot be captured by the brush of Lily Briscoe; for philosophers: ultimate questions of existence that have no answers.

Posted by marciano guerrero at 6:46 PM