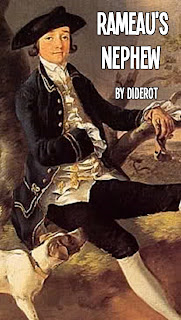 EBook now available in amazon.
Denis Diderot (1713 – 1784) was a French philosopher, art critic and writer. Born at Langres and was schooled by Jesuits. He attended the University of Paris where he led a bohemian life, making a living doing odd jobs: tutorships, freelance writing, bookseller, and translator.
He supported John Locke's theory of knowledge in his Lettres sur les aveugles (1749), a work hostile to entrenched and conventional morality; for that intellectual attack he was imprisoned at Vincennes for three months.

A polymath with expertise in several fields, and much immersed in science and the scientific trends of his day, he was particularly qualified to take on the immense task of compiling an encyclopedia. Today we remember Diderot mostly as the co-founder and editor of the Encyclopédie, the foremost encyclopedia to be published as the French Revolution was taking place.

Among his good friends he included Jean-Jacques Rousseau, David Hume, Helvétius, Abbé Raynal, Lawrence Sterne, Jean-François Marmontel, and Michel-Jean Sedaine.
During revolutionary times, Diderot was not able to make much of a living off his work on the Encyclopédie. Through the intervention of friends, Catherine of Russia bought his library, providing him also with a salary and use of the library for life.
He died of emphysema in Paris in 1784.

In his Pensees philosophique (1746), he explored both atheism and Christianity; failing to gain the sympathy of the public, this work was burned by the Parisian parliament.
Other works include Pensées sur l'interprétation de la nature [On the Interpretation of Nature], the Dialogue between D'Alembert and Diderot, Le Rêve de d'Alembert (D'Alembert's Dream), the Éléments de physiologie, Le Neveu de Rameau (Rameau's Nephew), and the picaresque novel Jacques le fataliste et son maître.

This brilliant and witty dialogue begins with a chance encounter in a Paris café between two acquaintances—philosopher Diderot and the rascal Rameau. Their talk moves across several fields: art, music, education, and survival in the French nation.

The rascal, portrayed as the nephew of well known Jean Philippe Rameau, is an amoral, bohemian, and shameless sponger. Not only does he amuse Diderot’s bourgeois bonhomie, but also makes him think hard about what is right or wrong. Erasmus of Rotterdam had already argued about the virtues of Folly, but in elevated language. Rameau’s nephew gets into the gutter in defense not only of folly, but of immorality.

Much like Berkeley or Hume, the rascal’s arguments are often invulnerable even to the depth of a polymath like Diderot. In that verbal duel who the winner or loser is for the reader to decide.
This translation is for the American reader, student of literature, French studies, history, and philosophy. My experience as a teacher has proved time and again that American readers find earlier European translations slow—not to say boring.

So, they abandon the book only after a few pages, depriving themselves of a magnificent piece of literature, going through life deaf to the utterances of a wise rascal. At one point the rascal says, “A dead man doesn’t hear the bells tolling.”  I hope you hear my words and read this book.

Posted by marciano guerrero at 4:09 PM