Jane Austen: What is the Theme of Pride and Prejudice?

What is the Theme of Pride and Prejudice?


Although Pride and Prejudice deals with love and seeking a husband, its major theme is the pride of hero (Mr. Darcy) and the prejudice of the heroine (Elizabeth Bennet).
Setting 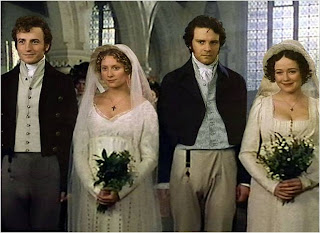 The novel is set in rural England, early 19th century. Many critics have pigeon-holed the novel as a novel of manners, which is only partially correct, for it is more than that. It is a classic romance of love, initial rejection, and reconciliation, ending in happiness.

Despite is avowed restriction of territory, social class, and cast of characters, Jane Austen managed to write not only a novel of deep human insight, but also a novel of artistic value. Every single character, every scene is placed carefully in exact place. Nothing is superfluous. Nothing is exaggerated; nothing is superficial. And what is aggravating to many scholars is that readers will not find no politics or hot-topics that was affecting the national at the time of the novel.

Given the narrow scope of the work, it is a wonder that Jane Austen was able to create a fictional work made to last for the generations to come. While many will go on reading Beade, Gibbons, and Churchillian-type history, the soul of the British people is depicted best by novelist Jane Austen.

Imprudent remarks by Darcy at a ball —which are overheard by Elizabeth Bennet— set off a chain of events that will cause conflict, affliction, disgust, hurt, snobbery, but ultimately the reconciliation of the protagonists.

Two elements bring the climax to its inflection point. The first one is when Darcy is smitten, and proceeds to declare his love in a haughty manner. Elizabeth then rejects him with a scathing recount of his snobbish behavior. Such rebuff causes Darcy to realize the true worth of Elizabeth Bennet. One can say that in the epiphany that comes to Darcy, he surrenders pride to love. The second element of the climax is when Elizabeth sees Darcy’s true worth and generosity in helping her family behind the scenes.

Although Pride and Prejudice is a romantic novel, readers will not find hatred, bombastic adventures, unbridled passion or sentimentality. Readers find only intelligent repartee, measured discourse, and depiction of deep feelings. Like the elegance of a mathematical axiom, the author manages to lead the reader from event to event until we get the sense of good ending.

In this novel —much like Aristotle said of Greek tragedy— we find a strong beginning, a sound middle, and a resounding ending that will please even the most discerning and demanding reader.

Posted by marciano guerrero at 1:22 AM