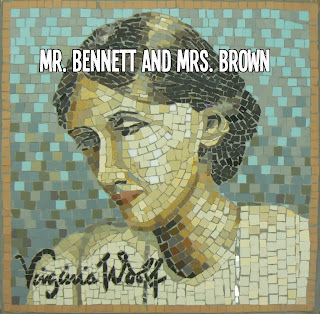 About “Mr. Bennett and Mrs. Brown.”

The essay was written in 1923, and in 1924 it was read to the Heretics, Cambridge. The essay is a polemical piece that attempts to go beyond Arnold Bennett’s thesis that character is the essence of novel writing, and his too easy conclusion as to why the young writers have failed to create credible characters.
Woolf chooses the year 1910 as the year in which a discernible shift in human relations takes place. This point is important to her because to understand what “real” character is, one has to understand the large context—the British society. In this light, she chooses Mrs. Brown as a metaphor for human nature.
Her analysis highlights the shortcomings of previous generations of writers; in particular the Edwardians and the Georgians, concluding that they also failed to create lasting characters. In this regard, history seems to be on Virginia Woolf’s side: while everyone remembers Mrs. Dalloway, no one remembers a single character created by either the Edwardians or the Georgians. What readers remember instead are the physical settings they created with old tools.
To facilitate the flow of ideas, this version of the essay includes section headings and bold typography. Endnotes provide brief outlines and descriptions of the major writers mentioned. The essay is presented, otherwise, as it was first published.

Posted by marciano guerrero at 6:57 PM