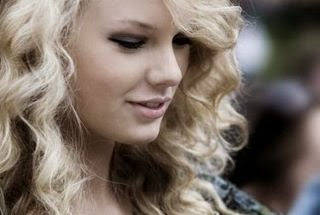 If the reader finds the following sentence opener:
Zigzagging and weaving around …
Without even mentioning a subject, the author shapes an image in the reader’s mind, who has no choice but to race ahead to see what it is that is moving in such fashion. The participials—forms of verbs ending in, -ed, or -t—zigzagging and weaving not only reflect movement, but also create an expectation, and an incentive to satisfy curiosity. And that is what all authors strive for; that is, to keep the reader busy, curious, guessing what falls next.
Scott Fitzgerald in a letter to his daughter quoted a verse from Keat’s poem Eve of Saint Agnes, to point out how verb-participials move and carry the sentence:
The hare limped trembling through the frozen grass
When one hears an imperative, one pays attention, as in when one hears:
“Don’t do that!”
Even when the command is subdue and conversational, the reader pays attention, as when Herman Melville draws the reader to his monumental Moby Dick with: “Call me Ishmael.”
Verbs and verbals pack and unleash a unique type energy that other parts of speech don’t.

Verbals are verb forms that are used not as verbs, but as:
Nouns (gerunds and infinitives)
The General was fired for retreating.
To cook was an annoyance.
Adjectives (participles and infinitives)
Flying planes may be dangerous.
The Senator had no reason to lie.
Adverbs (infinitives)
She went to bat.
She dressed to kill.
That verbals are powerful as sentence openers there’s no doubt. Yet, many writers —even successful writers— prefer to pepper their writing with proper adjectives and adverbs. In my view, the verb is king; and like in the game of chess all others pieces, though important, they are so only in relation to the king.
If we employ the verb ‘to be’ continuously, it is a sign of weak writing. So, to make your writing strong, we urge you to follow this simple guideline: prefer verbals and strong verbs; avoid weak verbs [see glossary].
And even when using ‘to be’ as a copula, find a way to buttress it with verbals. Scott Fitzgerald made an entry in a notebook, which shows his preoccupation —or obsession, one might say— with verbs:
Forgotten is forgiven
Verbals come in different forms and they are all effective because they include a verb form. So strong are these verbals that master writers use them not only to open sentences, but also to open paragraphs—even books.

You may purchase Sentence Openers at amazon.com

Posted by marciano guerrero at 6:08 AM