Chapter 2 — Dog Heaven [This is a chapter from my short stories book East of Tiffany's. 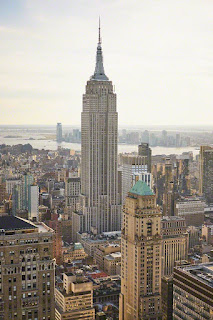 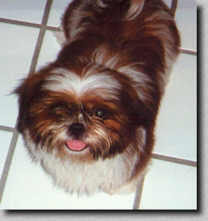 Last year, November to be precise —Pepino— our dog and companion of 14 years, suffered a stroke that paralyzed his right hind leg. Refusing to be picked up, the old boy let me know in certain terms (growls) that he would prefer to drag himself to his bowl and to his spot by the front door, rather than to be carried about out of pity. Often, I wonder whether he misses our daily evening walks as much as I do, or whether he just came along out of duty to his master, or because he had no choice. And now that my pal is gone, I still take my walks, but nothing is ever the same, for my world seemed to have been his world; and though Pepino was humble, he really was a lofty-tempered cur who made you feel you were in his Presence.

Autumn in New York City can be a sad time because the trees and the foliage begin to change, assuming gray, quiet colors. Manhattanites aren’t treated by nature, as New Englanders are, to the riotous, dazzling, loud hues that take place in the fall. Being from Boston, my wife Mary Patricia, often pays eloquent homage to that magical season. For my part, I just love this part of the year in Manhattan: the street fairs become sparser, traffic becomes denser; store windows begin to display winter gear, and Christmas lights begin to appear. I enjoy walking on 5th Avenue during the day; and at dusk I listen to the dreamy peal that only the Manhattan midtown bells can provide: St. Thomas Church, 5th Avenue Presbyterian Church, and St. Patrick Cathedral. With an aching heart I ask: For whom the bells toll? At this moment they toll not for me or thee—they toll for Pepino, my dog, for November is the month in which Pepino was put to sleep.

Only twice in my life have I ever shed a tear myself: the first time was during the TET offensive in Vietnam, when I held one of my men—who had been mortally wounded—in my arms as he asked me to call his mother in Hays, Kansas, and tell her that he loved her more than anything in the world. “Here’s a letter I started yesterday. Please mail it to her,” he rasped pointing to a pocket in his jacket. Without a second to waste, not only did I promise to do all that, as soon as we got back to base camp, but I also —on impulse— blurted out: “I will go to see your mom in person, and I’ll tell her that you missed her, that you loved her, and that you thought of her every day, and what a brave man she raised—you bet I will, I promise you that.” Hearing me say that, the light in his eyes sparkled for a long second; and then it dimmed as if he was seeing an eternity that only he was privileged to see and own, and that it was denied to me. I then gently closed his eyes. Being a young lieutenant in the Army, and my life still quite unformed, I couldn't contain my emotions and cried bitter tears, cursing the war in the midst of enemy fire and madness, the body of my man still warm in my arms.
It was 1968.

While we were fighting a war, students were burning our cities and college campuses. My own university –Columbia University—was a cauldron of militancy. During the spring after I returned home, I drove to Hays, Kansas, and delivered the letter in person. That was the most poignant moment I have ever experienced in my life. A cleansing of the soul! Of all the virtuous and sinful acts of my life, the fulfillment of that promise marked my passing from youth to maturity. How well I recall the second time I cried and tasted my own tears; it was during the Dot.Com meltdown, when —following a contrarian gut impulse— I shorted Cisco and other Dot.com stocks. This maneuver allowed me to make lots of money and thus buy this duplex apartment on Park Avenue and satisfy the co-op Board financial requirements. And though the Internal Revenue Service grabbed more than half of my capital gains, I was still jubilant with what was left over. Short selling is a technique in which you bet on the losing horse; and if you do it with leveraged index options, then you could both limit your losses and earn a fortune at the same time. When I took my profits out, sweet tears rolled down my cheeks and I thanked Pepino rather than God. I made all that money not by listening to reason, nor by listening to the experts’ advice, or by interpreting charts and statistics. Not at all. I did it by following my instincts, instincts that I saw in Pepino’s actions every day of his life—a contrarian instinct. While intuition is surviving with courage and malice in the face of danger and doubt, reason is subsisting by the comfort of the predictable, of what we deem to be certain. ***

Dr. Grossman returned with an assistant and both got busy to set the cold aluminum-steel table where Pepino was to be euthanized. Fearful that I was going to break down and cry a primal scream that I felt traveling up my spine, I asked Grossman to wait five minutes while I ran to the corner market and buy a pint of vanilla ice cream. Without waiting for a reaction, I took off at a trot, knees grating, pulse throbbing, silent speech echoing inside my skull: Pepino, Pepino, my boy—hang in there son. With what clarity I recalled Pepino’s mischiefs as I raced to the store. If Pepino ever had to choose between my wife and me, I’d admit he’d choose her. Every so often, Mary Patricia catches a 48-hour virus, and knowing that the best medicine is rest, liquids, and sleep, she stays in bed for 48-hours. Dawn arrives, day comes, and night follows, but Pepino remains fixed and will never leave her side. During these bouts I go for a walk by myself, for the insufferable cur will not budge from her side. Yet, much to my chagrin, the few times I get laid up in bed, he stays away from me, and gladly goes for a walk with her! A moment later, back in the operating room, not only did Pepino eat every bit of the ice cream, but he went on to polish the plate. How unusual, I thought, knowing that he never did that; he would always leave a scrap on his plate. Looking into my eyes, he belched loudly, proceeding to lick his chops, letting me know that he had enjoyed more than ever in his life his very last taste of ice cream. Beyond any doubt I can say that the pooch left this bitter world with a sweet taste in his mouth. The whiteness of the walls, the intense lights, and the coldness of the steel table in the operating room made me lightheaded and nauseous. I can’t get sick, I said to myself. Envisioning the mess I would make if I allowed myself to get sick on that sterile table, and by sheer will power, I got hold of myself neutralizing nausea and dizziness just in time.

Time is an illusion, I thought, as time seemed to stop and split, opening a window from which I could see the moment when as a toddler I got lost in my own house. Finding myself in an unfamiliar room, where I was soon seized with the palpable panic of being utterly alone in the world. Had I been abandoned? Separation panic seized me, but not for long thank God, for help came in the form of the house mutt whose yips and yaps and swift romps through halls and rooms alerted the cavalry to come to save my lost soul. But who will save Pepino’s soul? I thought. With a gentle heft, the white-frocked assistant laid Pepino on his side, and Grossman quickly found a vein. And just as he was injecting the hemlock or whatever killing agent vets use, Pepino lifted his left hind leg way up—just as I had shown him many times by that fir tree on Park Avenue. Next, he peed like a he-dog as he stuck his pink tongue out! The light in his eyes sparkled for a brief second; and then it slowly dimmed as if he was peering into an eternity that only those who leave can own, and that it is denied to those of us who stay.
I then gently closed his eyes.
Speechless, all I could do was turn to Mary Patricia, bury my head in her bosom, and cry. And cry inconsolably I did for the third time in my life. Until today I still don’t know how Mary Patricia got me home that day, and I never asked.

Posted by marciano guerrero at 1:35 PM